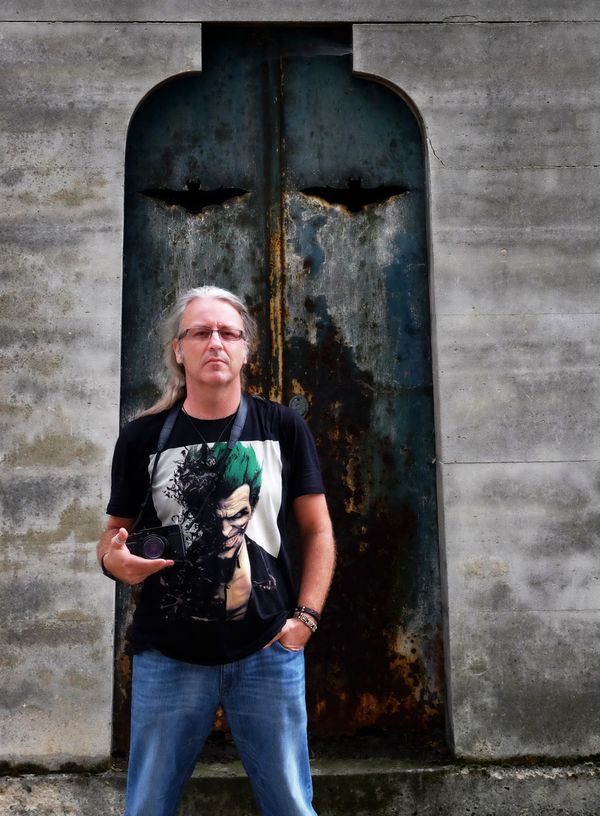 For the past 20 years Michelle and I have built up our natural light portrait business: Skylight Images.

I also love travel, editorial and in particular... street photography.

Street photography mindset has many similarities to ice hockey mindset. 1. Vision. In hockey be where the puck is going to be. In street be where spontaneity collides with chance. 2. Don't force it. In both street and hockey it must flow naturally. You can't force the pass or it gets picked off.... you can't force the flow of constantly changing elements (you can try but it never really works). 3. SHOOT!!!!

Both Street photography and Ice Hockey are intuitive, meditative, mindful -- in the moment -- life experiences. “Thinking should be done before and after, not during ...”- Henri Cartier-Bresson. *I wonder if HCB played hockey?

For me the street image must have a human presence.... this moves me to no end.

I purchased a Fujifilm X-Pro 1 as I wanted to travel light. The one and only lense I used was the XF 35mm 1.4 R.

All Portfolios photographed with the X-Pro 1 except the New York City and the Seattle/Portland Portfolios have some images from my Canon 5D. New Mark 111 came on my India Photography Tour 2016.

Travel helps us appreciate the people and cultures of the world. In recent years I've combined my knowledge and passion for photography with my love of international travel to create some amazing Photography Trips to some of my favourite destinations. There’s no better way to find creative inspiration than to explore someplace new. I've recognized that travelers want to see some well known areas of a new country but more often, want the quieter hoods, where tourists do not go and where we are not herded from location to location. I've scouted out these alternative neighbourhoods where the tourist buses are absent and I am thrilled to share these with my fellow travelers. My travel philosophy is that we are all ambassadors of kindness and respect and we treat everyone we meet -- including each other -- accordingly.

"The tour was fantastic. Wayne was amazing!! He did an incredible job of making the trip interesting and enjoyable for everyone and he is a great instructor. We were extremely well looked after and felt safe at all times. It was a trip of a lifetime." ~ Audrey

"Wayne had amazing enthusiasm for India and Photography. He followed through on making the trip a wonderful experience. I met my goals on improving my photography and I have a renewed interest. I loved the itinerary and the accommodation. Tours, guide, driver and bus were 1st class" ~ Donna

" A grand tour of the very diverse Indian nation and all its people and other treasures - fascinating and incredible. ~ Peter

" Wayne is a great teacher and I would definitely join Wayne for another photography tour. ~ Andrew

" Wayne was the most incredible leader and he took care of everyone's needs and requirements. We had lots of fun and interesting times. We were pleased with the India tour leader, our bus driver, his helper and tour bus." ~ Rosalie